If there was ever a time that the late, great Freddie Mercury and the amazing Pat Benatar got together and created a musical love child, Victoria Herrmann hopes that she would emulate that offspring. After being classically trained and ostracized for her taste in rock music, she decided to leave her music conservatory life behind and moved forward into the crazy world of rock and roll.

Victoria has been writing and recording original music since she was sixteen and now at the ripe young age of twenty something with years of playing grime rock clubs under her belt and dealing with the bitter NYC musicians, she remains humble and hopeful that ultimately she will become a household name, have legions of young fans singing her music, and will have the world eating out of the palm of her hand. 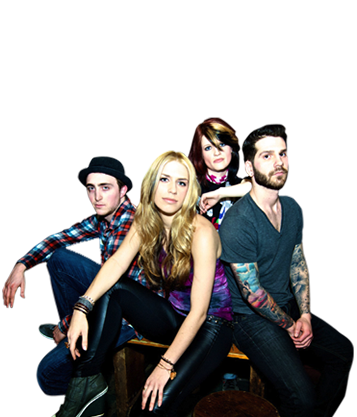 "Since my Casio Privia keyboard has come into my life, my live performances and writing sessions have taken on a whole new vibe. The Casio Privia is an asset to me, my band and our future in playing great music. Music makes the world go round."