To see Tommy Bolan play is like seeing 10 thousand volts of electricity right in front of you. With over-the-top playing and riveting live performances, he is described as "One of the Most Insane Shredders of All Time". As lead singer and guitarist for NYC, Tommy plays slammin', shreddin', heavy groove-laden rock layered with fierce vocals. Tommy, who was born in Queens, New York, is best known for his Gold and Platinum selling work with the critically acclaimed metal band Warlock.

Tommy is also the Lead Guitarist of the Richie Ramone Band (Ramones). They just recorded a new CD called "Entitled" and it was mixed by Mark Needham (Pink, Killers) and mastered by Stephen Marcussen (Stones, Prince).Tommy also sings lead Vox on many Ramones Classics in the Live Show. 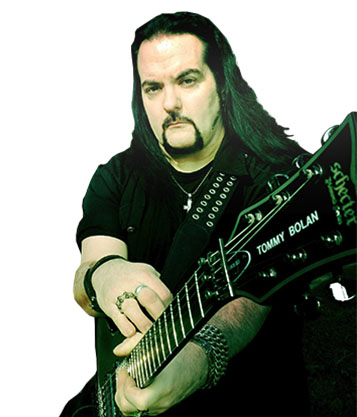 "This synth is amazing!! I was creating with it within in moments of taking it out of the box! Awesome analog tones with arppegiation and hex layering...The XW-P1 rocks!"