Working as a freelance drumset and percussion artist, Sean has made several appearances on NBC television, and has performed on ABC’s Good Morning America. He has also appeared on Broadway, at the Beacon Street Theater, with Tommy Tallarico and the VGL Orchestra, and on some of the nation’s most prestigious stages including The Kennedy Center for the Performing Arts in Washington D.C, Avery Fischer Hall at Lincoln Center, in New York City, The Music Center at Strathmore in Bethesda, Maryland, The Electric Factory, World Cafe Live, The Kimmel Center’s Verizon Hall, The Academy of Music in Philadelphia, Pennsylvania, and Ralph Brennan's Jazz Kitchen at Disneyland.

As a sought-after composer, Sean has also been commissioned on several occasions to create regional and state-level audition pieces, and has taught elementary through university level music students through-out the United States. 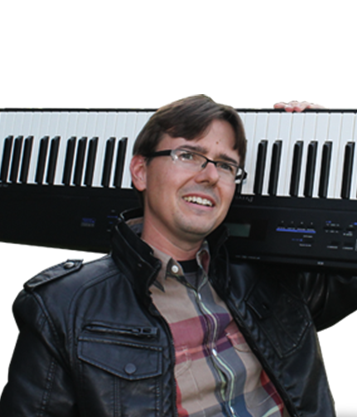 "I love my Casio keyboard, “Today as a professional composer, arranger, performer and educator, I rely on ‘Middle C’ and Casio keyboards for a solid starting point, and the Privia PX-3 is a central part of my studio. Whether I am using it to compose, arrange or accompany my private drumset and percussion students during their lessons, the Privia PX-3's 88 weighted keys, high quality sounds, ergonomic control panel and general ease of use always provides unparalleled substance to the creative process."