With his keyboard playing Larry Dunn helped transform Earth, Wind & Fire into one of the all-time most successful R&B bands in the world, with sales of more than 100 million albums worldwide, 6 GRAMMYs, 13 GRAMMY nominations, 4 American Music Awards, 32 Gold & Platinum/Multi-Platinum Records & Albums, a Star on Hollywood's Walk Of Fame, induction into the Rock And Roll Hall Of Fame (2000) and the Songwriters Hall Of Fame (2010) as well as other industry awards.

In addition to playing organ, synthesizer, piano, keyboards, and clavinet with the group from 1972 until 1983, Larry held the position and handled the responsibilities of the band's Musical Director. As one of the key people behind the scene, much of the group's musical success can be attributed to him. In addition, he rehearsed Earth, Wind & Fire for live stage performances and wrote many of the musical segue ways and medleys. 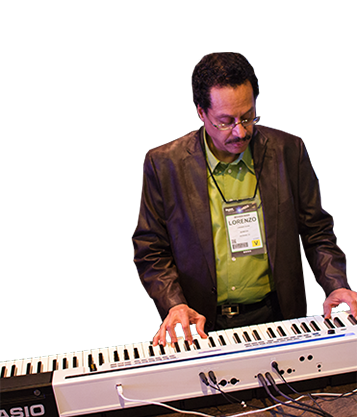